How well did OGP countries implement the commitments on fiscal transparency in their first Action Plans? 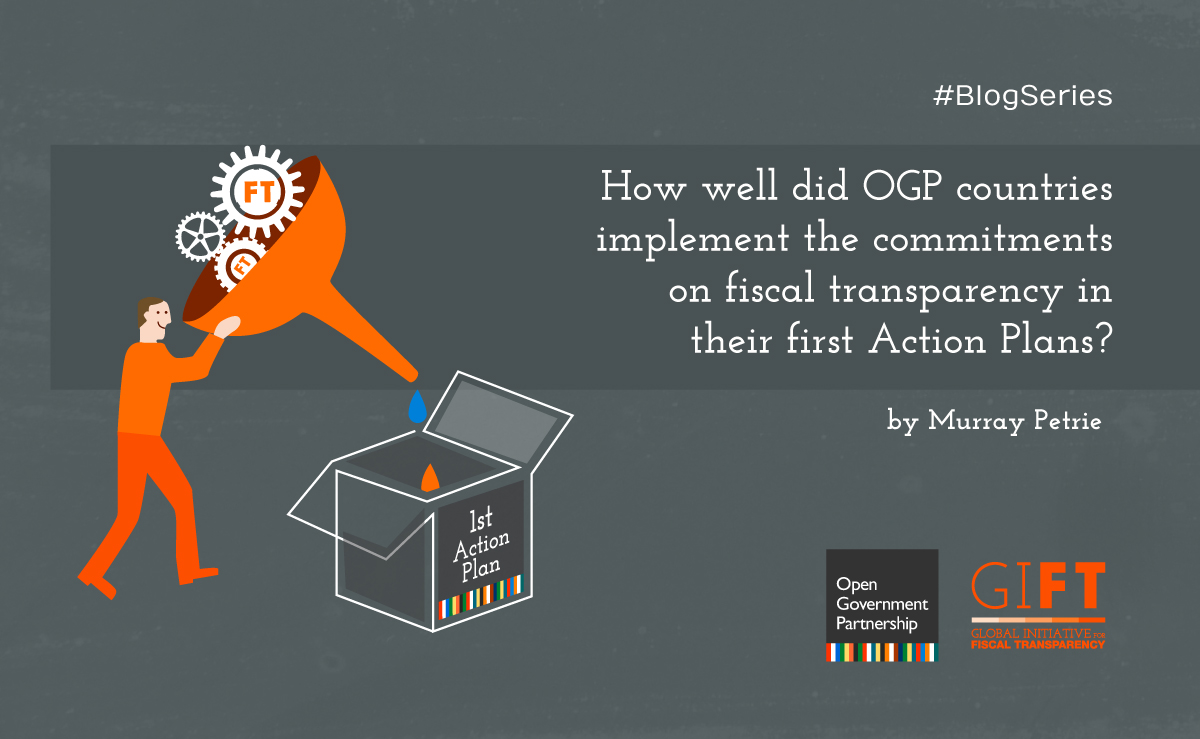 This post is the third in a short series that GIFT is running to provide ideas for countries preparing their next Action Plans. The first two blogs looked at what steps countries should take to increase fiscal transparency in their next Action Plans; and how transparent and participatory budgets and budget processes are currently in OGP countries. The posts draw on a series of GIFT papers, ˜Fiscal Transparency in Open Government Partnership Countries, and the Implementation of OGP Commitments: An Analysis’, prepared for successive meetings of the OGP-Fiscal Openness Working Group, and on GIFT case studies of public participation in fiscal policy.

How many fiscal transparency commitments were in the first generation of OGP Action Plans?

This post uses data in the first 51 IRM reports to look at how well countries have implemented their fiscal transparency commitments. Progress in implementing commitments is assessed both in the aggregate – compared to implementation of all OGP commitments – and on a country-by-country basis.

GIFT defines fiscal transparency commitments as commitment that deal with any aspect of government revenues, expenditures (including on public services), financial or non-financial assets or liabilities – including any activities that involve public participation in policy development or implementation in these areas.

There was a very wide range in the share of fiscal transparency (FT) commitments in each country’s total commitments, from none (Chile, Panama, and Romania) to 100% (Guatemala).

How well did countries implement their FT commitments?

Figure 1 illustrates the level of completion of FT commitments, using data extracted by GIFT from the executive summaries of the first 51 IRM reports. 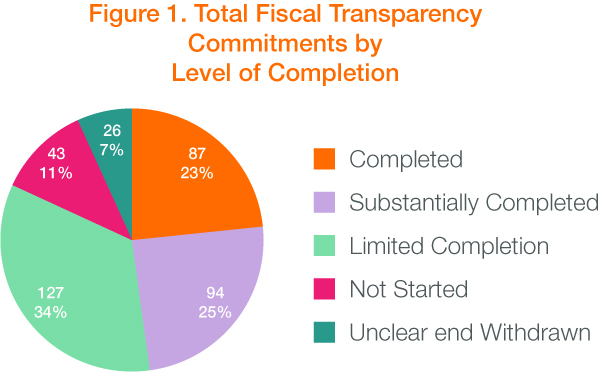 Table 1 presents comparative data for levels of completion of FT commitments (above) against the same data for all commitments (from analysis by the OGP Secretariat (Foti) from just the first 41 IRM reports). The results are broadly similar, given the margins of error in these exercises, particularly for the percentage of commitments either completed or substantially completed (48% c.f. 49%).

Which countries had the best record of implementing their FT commitments?

Turning to levels of completion at the country level, Figure 4 presents data extracted by GIFT from the same 51 IRM reports. 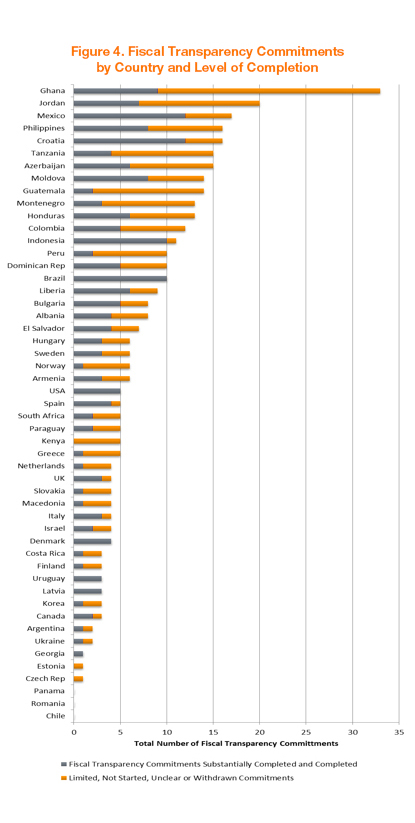 The first point to note about Figure 4 is that GIFT has re-defined some detailed FT sub-commitments as commitments for the purposes of this analysis, in order to make cross-country comparisons more meaningful. This is because the definition of a commitment varies widely within and across Action Plans.

Bearing this in mind, the following points can be seen from Figure 4:

What is not clear from the data is the extent to which commitments represent new initiatives or were based on pre-existing activities or policies. This reduces the ability to compare the ambition of commitments across countries.

In conclusion, fiscal transparency commitments make up a large portion of all OGP commitments, although the proportion of fiscal transparency commitments and how well they have been implemented varies widely from country to country. GIFT is working pro-actively through a number of channels to encourage and support more ambitious, well-specified, and well-implemented commitments in the next round of Action Plans. The first post in this series outlined our suggestions for new FT commitments that countries should consider including in their next Action Plans. The OGP-Fiscal Openness Working Group is bringing together ministry of finance officials and CSO experts to work collaboratively in peer to peer discussion and learning on the critically important agenda of increasing the accountability and effectiveness of the management of public resources. Please contact us if you would like to find out more about or to engage with the Fiscal Openness Working Group.