As members of the Public Financial Management community, we are frequently confronted with the question: is fiscal transparency really relevant for improving public spending? There is no easy answer it, as there is no easy or unique path transforming fiscal transparency into a public good. For many years, governments have published information about their finances without it being used. And we know that most of the success stories on fiscal transparency are related to transforming disclosed information into something relevant for the public. We do know that fiscal transparency is not a solitary requirement or sufficient condition that leads to improved social, economic and environmental outcomes (for examples read de Renzio and Wehner 2015). However, it is a steppingstone that helps improving the quality of spending and in some cases, accountability. The following diagram displays GIFT theory of change which links fiscal transparency linked with direct and informed public participation can lead to more accountability, improved budget outcomes and impact in people’s lives.

In few words, fiscal transparency can result in better use of public resources, when the data is actually used by its citizens. Dialogue and participation in the budget are necessary to help ensure that the disclosed information responds to the public needs. To date, one of GIFT’s contributions has been to encourage this dialogue between ministries of finance and civil society organizations, resulting in the disclosure of more meaningful information in more friendly and accessible formats.

The following stories do not intend to be an exhaustive compendium on how GIFT members and partners have used fiscal transparency to have an impact and achieve better results, but they provide elements that describe and illustrate the above change relation in different contexts and topics.

Gender violence based spending in Argentina

How many governments promote their policy choices by means of discourse to satisfy public claims, but do not back-up such promises with the funds needed? It is a common political practice that affect all subjects, from environmental protection and poverty alleviation to gender issues. The publication of budget and spending data and informed public debates on the matter can limit this possibility throughout the budget cycle.

The Asociación Civil para la Igualdad y la Justicia (ACIJ), an organization with a specialized track record of analyzing public policies to guarantee human rights, joined the GIFT network in 2017. Meanwhile, another GIFT steward, the Ministry of Finance (MoF) of Argentina, opened a significant  amount of disaggregated data in a new user-centered fiscal transparency portal called Presupuesto Abierto , which discloses on a daily bases information about the execution of the budget. In the next video, Renzo Lavin, Co-Director of ACIJ, explains how the accessibility to this data has facilitated their work and enabled them to hold an informed discussion with the MoF. Among other benefits it has led to corrections in the proposed allocations for gender-based violence policies by identifying and exposing publicly the mismatch between the political promise to invest in programs to help address gender violence and its consequences, and the actual budget allocations. 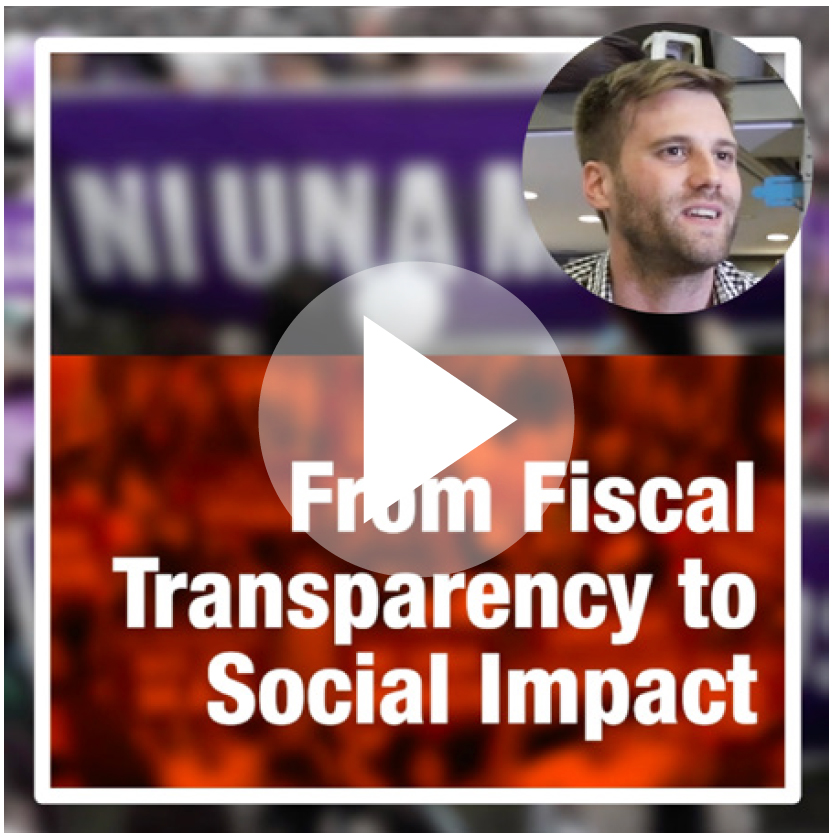 ACIJ hosted a Better Budget Dataquest with GIFT in February 2019, an open event for civil society data experts to link fiscal open data with government programs and policies information. The Argentinian MoF participated in the event with presentation of how to use the open data and providing technical assistance to the participants. A few months later, ACIJ started a budget and data literacy effort directed to organizations focused on gender aspects, which includes a guide and videos on how to analyze budget with a gender perspective, expanding the abilities of the CSO community to use the open spending data published by the government for incidence. Budget and data literacy efforts are some of the most popular actions to be implemented among Stewards in 2019. As a result, SCOs came up with the claims that more fiscal resources were needed to back up the political claim of a government supporting anti violence gender programs. 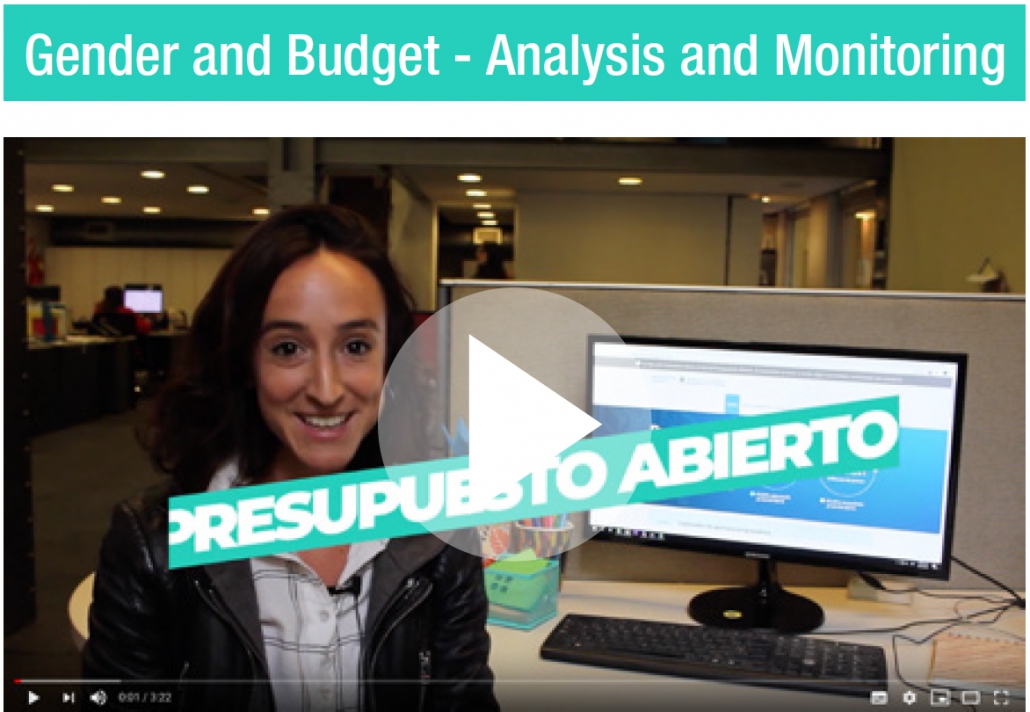 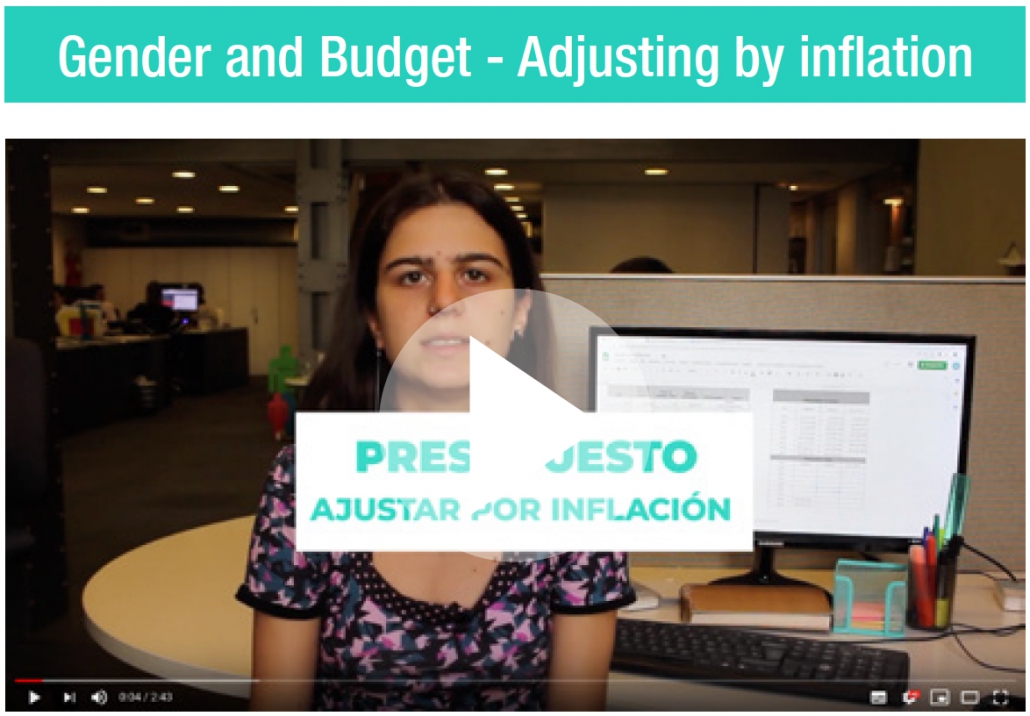 Budget Allocations for HIV in Indonesia 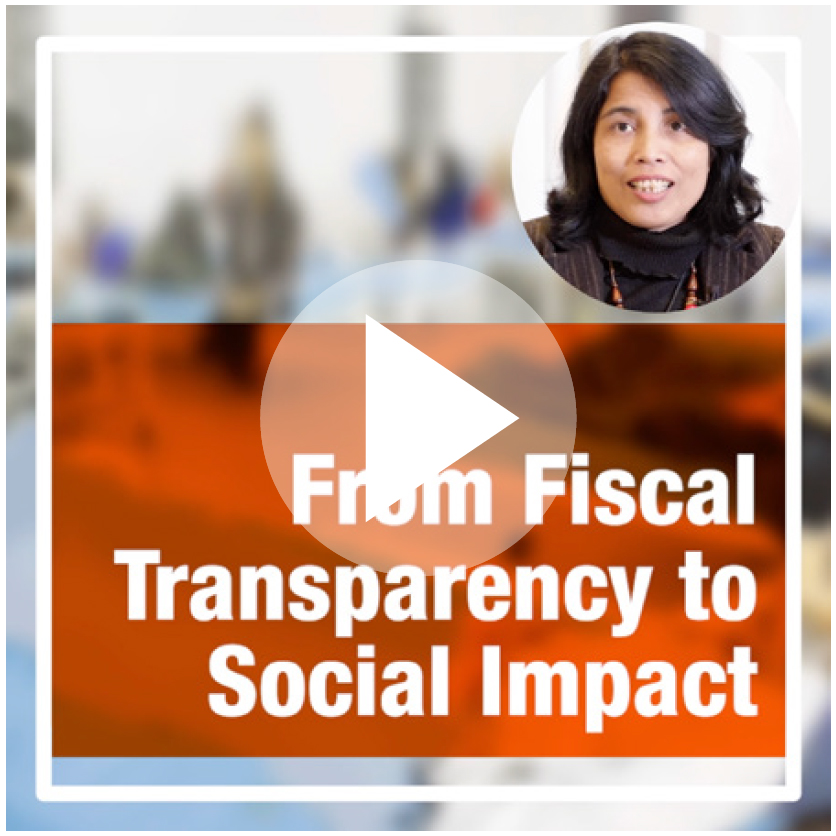 The Ministry of Finance of Indonesia was among the first countries to introduce a budget open data portal as part of their fiscal transparency efforts. The GIFT Network was part of this important step, back in 2016, which included a workshop with GIFT Stewards from around the world hosted in Jakarta by the MoF. With more accessible budget information, CSOs such as Seknas-Fitra (GIFT Steward), have been able to engage in constructive conversations with the MoF and local governments as well on budget issues.

With new and relevant information, Seknas-Fitra has also been able to act as intermediary with grass-roots organizations to facilitate their understanding of the published information and how it can be used to better focus their agenda. A specific result of these actions has been changes in the allocation of budget directed to HIV in different regions of the country. In the next video Yenti

Nurhidayat explains this chain of events that have led to better protection of vulnerable groups.

The dialogue between the MoF, Seknas-Fitra and other CSO has also derived in budget and data literacy efforts. As such, together they organized the GIFT Better Budget Dataquest in early 2019 in two Indonesian universities, expanding the capacity to use the budget open data to analyze public policies. This has already triggered a better informed debate on budget allocations and ways to engaged the public in fiscal policies.

Mexico has been one of the early adopters of mainstreaming fiscal transparency reforms in different topics though digital tools, including open data and digital platforms. The MoF has been part of GIFT since its initial phase back in 2013, and became a Lead Stewards in 2017. As such, it has been a key actor to showcase how user-centered fiscal transparency efforts can benefit organizations with a variety of backgrounds and interests, such as regional development, maternal health, inclusion or human rights. Linking relevant budget data with the government information which they are familiar with, these organizations have led to several stories to improved efficiency, efficacy and impact of the public resources. 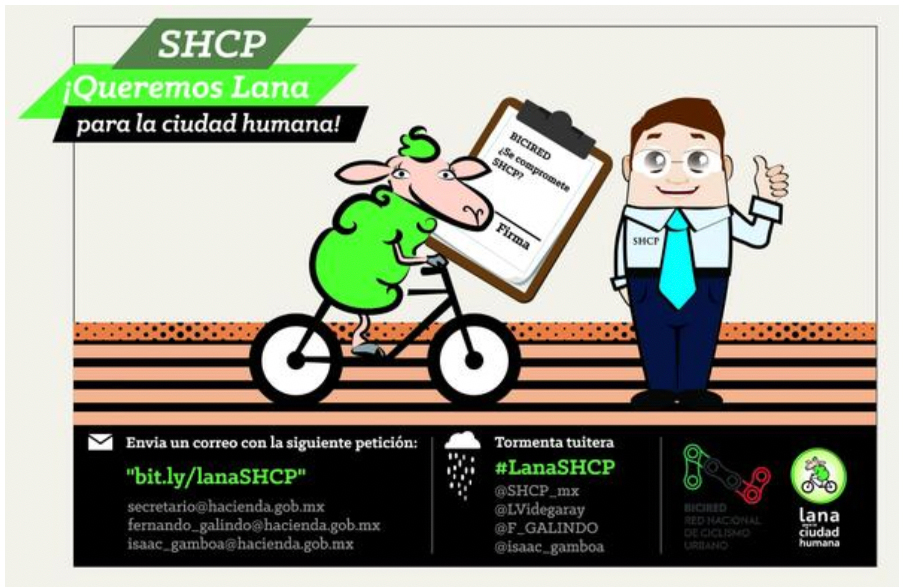 In the blog post that can be consulted here, Lorena Rivero, a former Director General for Transparency and Evaluation at the Mexican Federal MoF, describes how fiscal transparency led to a simpler analysis of the implications of budget distribution in sustainable urban mobility by the Institute for Transportation and Development Policy, which urged the way of transforming the whole approval process of investment projects of a specific fund from amount orientation to quality of investment and sustainability considerations.

The case reflects the fact that a discussion cannot be really balanced, productive and constructive if the government officials and public representatives do not have access to equivalent amounts of quality of information. The provision of the relevant data in the correct formats can help an informed discussion and open for real opportunities in the way public resources are allocated and executed.

Some conclusions to be drawn from these examples

There are still multiple complexities in the numbers of relations that go from the publication of fiscal data, to its conversion into a public good as a result of its utilization, to social impact. Among other conditions, relevant data should be available in the right formats and at the right time. Other necessary conditions must be present, such as having, on the demand side, specific interested organizations willing and capable to analyze it and understand the implications for their sectors. Furthermore, a propitious public space where the analysis can be heard and discussed by public officials is also needed to close the feedback loop, which in many cases will become an iterative process.

Organizations working with GIFT are helping amplifying the community based organizations and thematic focus organization that can benefit from fiscal transparency. This is important, as it is not always budget and public finance organizations that have exert influence in Public Financial Management in a broad sense. The opportunities opened by transparency and public utilization of relevant fiscal information can go deep into public policy performance considerations that can have repercussions in many people’s lives. A better allocation and use of public resources will be crucial when addressing the Sustainable Development Goals and having data available for different expert organizations to analyze is a first step to allow a more profound discussion to take place.