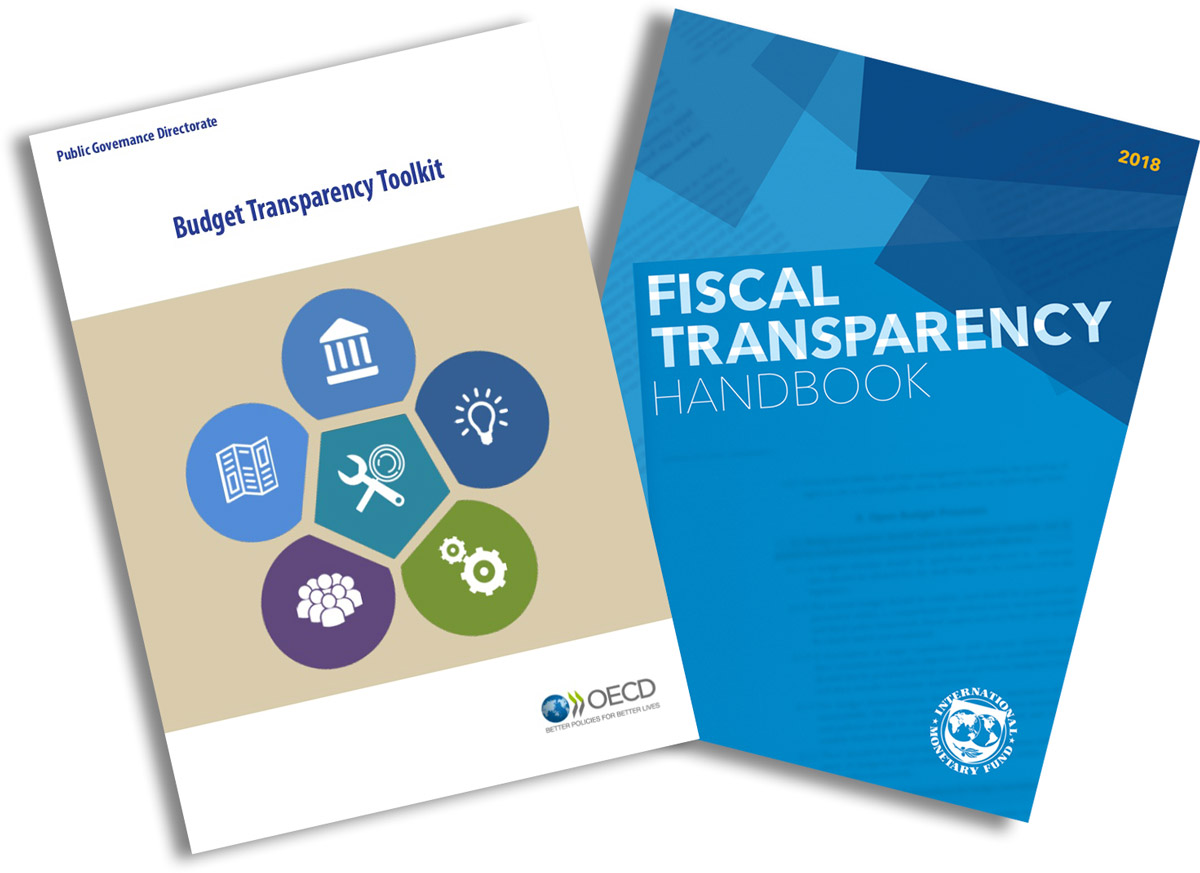 Corruption and public sector governance were the issues of discussion at the 2018 Fiscal Forum of the IMF Fiscal Affairs Department, as part of the Spring Meetings. At the center of the conversation around Institutional reforms to fight corruption was fiscal transparency. As It becomes an increasingly complex, vast and challenging matter, the official launch of the IMF Fiscal Transparency Handbook and the OECD Budget Transparency Toolkit at the Forum comes as timely and relevant. Vitor Gaspar (Director, Fiscal Affairs Department, IMF), Luiz de Mello (Director, Policy Studies Branch, Economics Department, OECD), and I had the honor to present these new tools to the Forum’s public in a reception that took place on April 21, 2018.

These new resources aim to answer two basic questions: How is my country doing regarding fiscal transparency? And how to move forward? by providing elements that will help better understand the dimensions of these challenges and what countries around the world are doing in the field.

The OECD Toolkit is a user-friendly gateway to the fiscal transparency instruments. It introduces the various standards and guidelines that are available and explains how these complement each other, allowing users to move beyond the level of principles and theory, towards action and impact. The IMF Handbook gives a safe route towards improved levels of fiscal transparency. It is robust and rigorous guidance for disclosure of information about public finances. Together, the Toolkit and the Handbook provide an exhaustive, accurate, systematic and comprehensive mapping of fiscal transparency today. Responding to the long-standing and justified discontent in various ministries of finance in the face of the excessive number of norms and standards on fiscal transparency, the Toolkit and the Handbook work together to provide a complete geo-referenced understanding of the field.

The Global Initiative for Fiscal Transparency is honored to be part of this effort. GIFT is a global network that facilitates dialogue between governments, civil society organizations, international financial institutions and other stakeholders to find and share solutions to challenges in fiscal transparency and participation.  Some of its most important work takes place through advocacy and high-level dialogue for norms and standards harmonization. GIFT was founded by the IMF, OECD, the World Bank and the International Budget Partnership, and the budget departments of Brazil and the Philippines. The breadth and depth of this network membership provided a unique perspective to discussions on preliminary versions of today’s feature presentations, Toolkit and Handbook.  These tools are a product of consultations and discussions involving relevant stakeholders in the field, including civil society organizations and independent users of fiscal information, such as the International Budget Partnership.

Users of these new documents will find many novel features.  The argument of linking openness with civic engagement stands out as a turning point in the history of the way international financial institutions have been addressing fiscal transparency. This refers to the principle of direct public participation in fiscal policies. Direct public participation in the budget process? Yes!

As a matter of fact, the GIFT High Level Principles, endorsed in 2012 by the IMF, the World Bank and the OECD, and subsequently acknowledged by the General Assembly of the United Nations, established, along with the right to access to fiscal information, the right to direct participation in fiscal policies. More recently, in 2017, IBP’s Open Budget Survey shows that, although there are few opportunities around the world for citizens to exert this right, more than 80% of the countries surveyed (94 out of 115) have some form of participatory mechanism in place.

Civil engagement is already taking place, in budget formulation, in execution, in monitoring, in infrastructure investments, in tax collection, in service delivery, and control of corruption, with many positive outcomes. It is not a substitute for existing legitimate institutions related to democratic representation, but rather a complement to such institutions, including the line ministries using public resources, the parliaments and the supreme audit institutions, in order to help them to better do their work.

After more than two decades of non-stop work to advance the agenda of fiscal transparency, I find two facts to be undebatable. One, the  work never ends. Resistance to change will always be a natural characteristic of institutions, and of the people in them. So, the effort to advance fiscal transparency needs to be tireless. It is just like pushing a cart uphill: the instant you stop pushing, the cart starts to roll back down. You just can’t take a break.

For example, according to the results of the Open Budget Survey 2017, many governments around the world are making less information available about how they raise and spend public money. The reversal of transparency gains is particularly discouraging given roughly three-quarters of the countries assessed do not publish sufficient budget information (a score of 61 or higher), seriously undermining the ability of citizens worldwide to hold their government accountable for using public funds efficiently and effectively.

The second fact is related to this uphill law : for fiscal transparency reforms to last, to endure, and to be sustainable, countries need to have a strong domestic demand. Nothing can take the place of the domestic ownership of the right to know, and the right to participate. The role of the taxpayers, and of civil society in general, is irreplaceable. Only the taxpayers, who are investors and beneficiaries of the public services they pay for, can ensure the sustainability of fiscal transparency reforms. That is why public participation is so crucial. It means that fiscal transparency is used and therefore relevant, meaningful and potentially impactful. If acknowledging and exercising the right to information has been our goal in the last 20 years, establishing the right to participation in fiscal policies is this generation’s primary task.

And talking about participation, I would like to acknowledge the outreach effort of the OECD and IMF throughout the process leading to the publication of the Toolkit and the Handbook. As mentioned, these documents, actually, living documents, have been subject to discussion, scrutiny and dialogue among independent civil society users, members of the GIFT network, and through other organizations. Thus, these institutions have already put into practice what they preach on openness and participation, and the result is of course an incredibly solid and relevant contribution to our field, and an example to such efforts going forward. Congratulations!