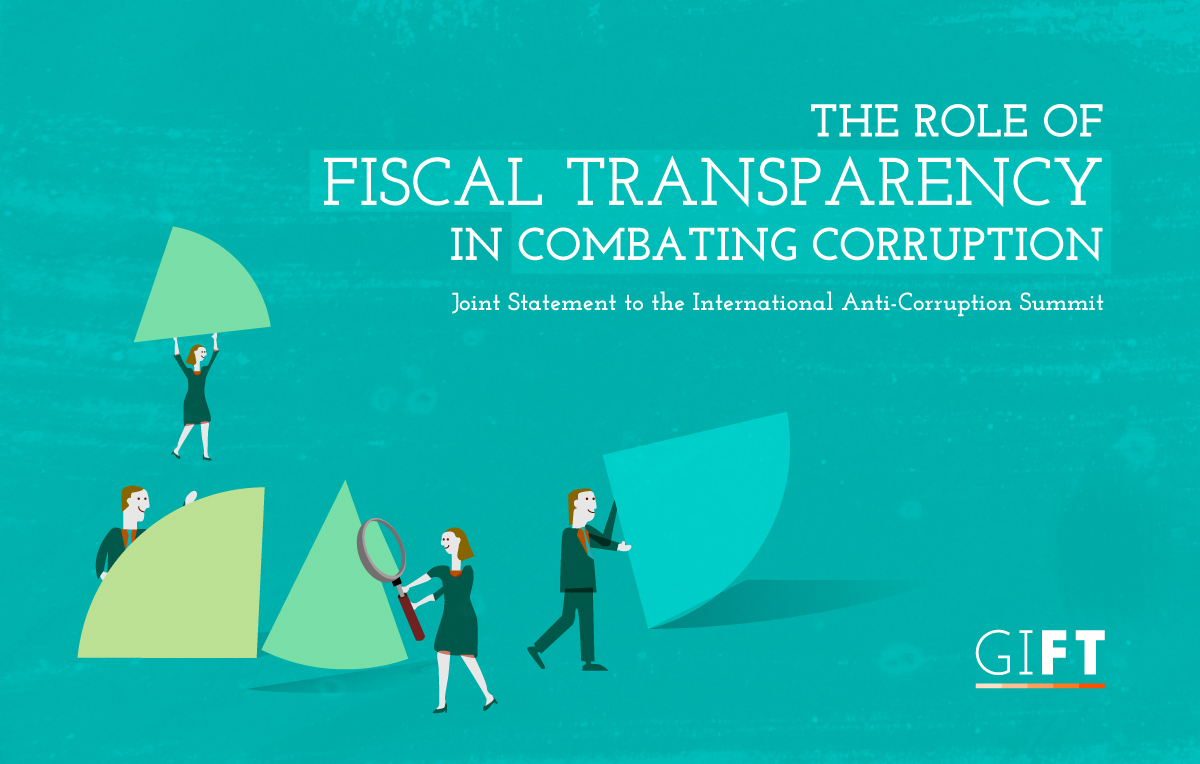 The Role of Fiscal Transparency in Combating Corruption

Fiscal transparency is essential to fight corruption. Our experience, and that of many others like us, has shown that fiscal transparency reduces opportunities to misuse public money undetected and increases the likelihood that those who do so are held to account. While it is not the only factor needed to tackle corruption, it is absolutely a necessary condition. It incorporates some of the biggest sources of corruption in the public sector, including public procurement, tax administration, and the selection and location of major public infrastructure projects. The International Anti-Corruption Summit hosted by the United Kingdom this week provided an important moment to spread this message, and we welcome the Summit Final Statement, which both recognizes the importance of this factor in the fight against corruption and strongly encourages countries to work to strengthen their fiscal transparency.

Fiscal transparency means that governments publish high-quality information on how they raise revenues, borrow, spend, invest, and manage public assets and liabilities. Fiscal transparency, as we define it, covers fiscal activities that occur both inside and outside the government budget process, including quasi-fiscal activities undertaken outside the government sector by public corporations or the central bank. It also includes public reporting on the past, present, and future state of public finances and clarity about the structure and functions of government, fiscal policy intentions, public sector accounts, and fiscal projections.

As we have seen in these cases and in our general experience, fiscal transparency is most effective in checking official acts of corruption when it is complemented by a system of effective checks and balances that includes institutional mechanisms for enforcement, investigation, and sanctions. This requires the presence of engaged legislatures, independent supreme audit institutions, a free press, and a robust civil society.

Government budgets are at the core of development and represent the most powerful tool at hand for meeting the needs of citizens. Whether it’s about health, education, or pensions, or about funding the activities of regulatory agencies, the most well-meaning public policy has little impact until it is matched with sufficient public resources, and then those resources are used effectively to provide public services. In this context, even beyond its potency as an anti-corruption tool, fiscal transparency helps governments communicate the economic and social impact of fiscal decisions, as well as how they plan to use limited public resources and the tradeoffs involved, thereby building trust with their citizens.

The good news is that we know what it takes to advance fiscal transparency. International standards are clear, shortcomings in budget transparency are known, and technical assistance and peer-learning mechanisms are available. This was acknowledged by governments at the International Anti-Corruption Summit through the recognition in the Summit Final Statement of the High-Level Principles on Fiscal Transparency, Participation, and Accountability that have been issued by the Global Initiative for Fiscal Transparency. We are encouraged by the commitments governments made to strengthen fiscal transparency, ensure legislative oversight of budget processes, and empower supreme audit institutions – all critical steps in ensuring that public resources are not wasted through misuse, including corruption.

Department of Budget and Management, Philippines